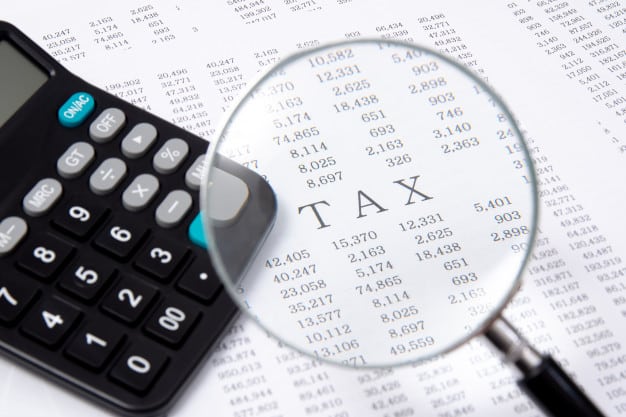 Tax time and tax brackets in Canada – everyone’s favorite time of year and favorite topic, when we find out how much the government is going to extort from us and reluctantly, painfully, tearfully make out that check and mail it off.

It’s not quite that bad, but can often feel like it.

Taxes, after all, are necessary for infrastructure, social support, defense/safety, and all the other nice things of civilized life that we mostly take for granted. But there’s no point in paying more than you have to.

And although calculating and paying taxes is a yearly ritual, it almost never gets easy considering all the hoops you have to jump through. At best, it can be exhausting, especially without some knowledge of tax brackets and without some quality professional assistance.

So you should have, then, at least some understanding of the 2020 tax brackets in Canada.

How Tax Brackets Canada Work and What They Are

Your tax bracket determines how much tax you have to pay: the more you make, the more you pay (usually). So let’s first look at how the tax brackets in Canada work and how they are determined.

Determination of Your Tax Bracket

In broadest terms, your tax bracket is based on what is termed your “taxable income.” This is your gross income less any qualifying tax deductions. Basically, what it amounts to is your net income – the amount of income you have left after claiming all the deductions you’re eligible for.

Once you’ve calculated your taxable income, it’s simply a matter of applying the relevant federal and provincial rates to it. The process typically involves calculating the federal income tax and then the provincial and then adding the two to arrive at the total tax owed – the marginal tax rate.

“Your marginal tax rate is the combined federal and provincial income taxes you pay on all sources of income at tax time. The tax rate varies by how much income you declare at the end of the year on your T1 General Income Tax Return (the form with the exciting-sounding name that you fill out at tax time) and where you live in Canada.”

Federal Tax Brackets in Canada for 2020

The federal income-based tax brackets are, of course, the same across all provinces and are, according to the Canada Revenue Agency (CRA), as follows:

Provincial and Other Differences in Canadian Tax Brackets/Rates

Now the foregoing seems pretty straightforward, but, unfortunately, it’s not that simple and easy.

There are a few critical points to keep in mind bout tax brackets in Canada (also known as tax rates), the most salient of which are:

And, as we also mentioned, your province of residence on December 31 determines the provincial portion of your income tax, which can vary pretty widely from province to province.

Here are just a few illustrative examples from the CRA:

This year, 2020, saw some fairly significant changes to the rules governing tax brackets and tax rates in Canada. Chief among these are the increase in the amount you can earn before facing federal income tax. This increase, surprisingly, goes beyond the standard inflationary adjustment.

“Each year, most (but not all) income tax and benefit amounts are indexed to inflation. In early December, the Canada Revenue Agency announced that the inflation rate that will be used to index the 2020 tax brackets and amounts will be 1.9 per cent. This rate was calculated by taking the percentage change in the average monthly Consumer Price Index data as reported by Statistics Canada for the 12-month period ended Sept. 30, 2019 relative to the average CPI for the 12-month period ended on Sept. 30, 2018.”

In addition, there are “increases to tax bracket thresholds and various amounts relating to non-refundable credits” that took effect on 1 January 2020. There are also increases in the allowable amounts for certain benefits such as the GST/HST credit and Canada Child Benefit, which took effect on 1 July 2020. “This coincides with the beginning of the program year for these benefit payments, which are income-tested and based on your prior year’s net income, as reported on your 2019 tax return.”

The five basic federal income tax brackets remain, but indexed for inflation at the 1.9% rate (as laid out above). Also, most of the provincial tax brackets in Canada have also been indexed to inflation, but by means of the indexation factor peculiar to each province. Just keep in mind that each province has its own set of tax brackets that you’ll use to arrive at your marginal rate.

A Note on Tax Deductions and Payment

When it comes to deductions and their impact on tax brackets, there’s often more than a little confusion. For these tax deductions don’t always work the way many people assume they do.

The most commonly used deductions include:

Another distinction that needs to be made here is the difference between income tax and capital gains tax. This is important because different tax rules obtain for different kinds of investment income. For example, interest income is 100% taxable, but capital gains are only 50% taxable. This means, then, that “you can save more on taxes if you put interest-earning assets into your TFSA or RRSP.”

Now, payment of taxes . . . that’s sometimes a challenge if you fall into one of the higher tax brackets in Canada. You do have some options, though.

If you can’t pay all your taxes in one go, the CRA will allow you to work out a payment plan. But you do need to be aware that you’ll have to pay interest on the balance still owed.

If, however, you can’t pay the tax you owe and don’t try to work out a payment plan, the CRA can seize any refundable tax credits you may have coming. They can also take you to court in order to seize anything you have in your bank account(s).

Recap of Considerations for 2020 Tax Brackets in Canada

So the main things to keep in mind when it comes to tax brackets (tax rates) for 2020 in Canada and how they apply to your specific situation are:

The upshot of all this, then, is that this whole matter of tax brackets in Canada is fairly complex and different in some respect for 2020.

But that’s exactly why Envolta exists – to help you make the best possible decisions for your finances.

Back to Blog
Our team is waiting to SAVE you money