What You Should Know About The Canadian Corporate Tax Rate 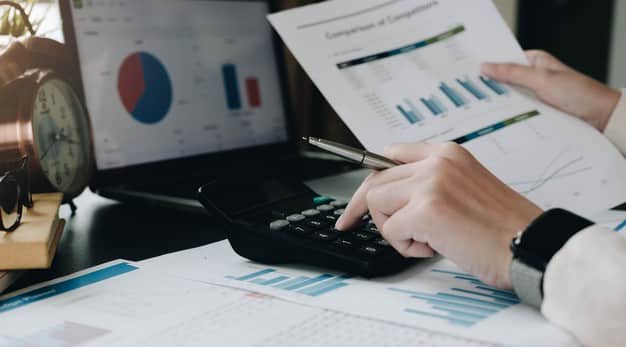 Canada has been making some major reforms to its corporate tax laws over the last couple of decades, making it an increasingly attractive place to start your business. Not only has the corporate tax rate decreased but it has made major progress in simplifying its tax code. Small businesses are flocking to the country to enjoy this lower tax burden and simplified tax process. So, what is the Canadian corporate tax rate and how do you navigate the new, reformed tax code?

The new Canadian corporate tax code includes both a federal rate that applies to businesses all across Canada and a provincial rate that differs based on which province or territory your business is in. There are also deductions, reductions, and credits that you can use to lower your tax burden even further.

We will get into all of that later on in this article. Let’s start with the federal corporate tax rate:

The general tax rate is 15% after the federal tax abatement and the general tax reduction. For small businesses, that rate is reduced even further to 9%. This tax rate applies to all income earned up to $500,000.

However, as your income gets higher, the amount—called the business limit—that you’re allowed to pay the lower rate on gradually shrinks as your income increases. That gradual reduction happens according to this schedule:

So this means that businesses earning $10 million can pay 9% on the first $500,000 and then 15% on the rest. Meanwhile, businesseses earning between $11 million and $12 million can only apply the 9% rate to the first $400,000 and then switch to the 15% rate on the rest of their income. For income above $15 million, your business will begin paying the higher general tax rate across the board.

It’s important to keep in mind that this reduction schedule and the small business tax deduction, in general, applies to active business income. Any investment income is not included.

You will also have to pay provincial corporate tax rates on top of the federal rate. The provinces rely on two rates, a lower rate and a higher rate.

The higher rate applies to any income you earn above that $500,000 (or $600,000) limit. Just like the federal tax rates, that business limit gradually decreases as your income increases so businesses earning $15 million or more will have to pay the higher rate across the board.

Here is a quick breakdown of the higher and lower corporate tax rates for each province and territory in Canada:

Alberta and Quebec are not included in this table because they have their own corporate tax system which they administer on their own. Their rates are as follows:

How to Lower Your Corporate Tax Rates

However, the actual savings that represents does depend on it being active business income. If too much of your income is investment income, you may not be able to enjoy this reduction. Starting in 2018, Canada modified the business limit to factor in investment income. That schedule is as follows:

In addition to this lower rate, you may qualify for additional deductions and credits depending on the type of business and the source of your income.

Tax deductions help reduce the amount of your income that is taxable. They won’t result in a refund but they can make a huge difference in the amount you owe. Here are some of the tax deductions your small business might qualify for:

Tax credits can reduce the amount you owe just like deductions would. The difference is that these can potentially result in a refund. These are some of the federal tax credits available to your business in Canada:

These tax deductions and credits will get applied to both your federal and provincial taxes.

How to File Corporate Tax Returns

You have to file a T2 tax return every year, even in years where you didn’t make any money or your business was inactive. The only way to avoid this requirement is to officially dissolve the corporation. However, Canada has made a huge effort to simplify the tax filing process. It’s even gone so far as allowing the CRA (Canadian Revenue Agency) to handle both federal and provincial taxes for all provinces and territories except Alberta and Quebec.

That means that you just file one form and pay one bill. The CRA will take care of distributing the portion of that tax bill that goes to your province. For Alberta and Quebec, you will have to file separate tax returns, one for your federal corporate taxes and one for your provincial taxes.

When to File Corporate Tax Returns

Your due date depends on your business’s fiscal year. The general rule is that you have to file that T2 within six months of the end of your fiscal year. You have until the last day of the sixth month to file. If your fiscal year ends on June 30th, that tax return has to be filed with the CRA no later than December 31st.

If your fiscal year doesn’t end at the end of a month, you have to file no later than that day of the sixth month. For example, if your year ends June 16th, your due date is December 16th .

If your due date lands on a weekend, you have up until the following Monday to file and still be considered as filing on time. For example, if December 31st lands on a Saturday, you could file on January 2nd and the CRA would still count this as on time. This same rule applies to public holidays. You can file on the first business day after that holiday.

That increased penalty applies even if your reason for not filing in a previous year was because you didn’t make money or your corporation was inactive. So, it’s really important that you remember to file your T2 on time, every year.

For the most part, small businesses in Canada can easily file their taxes and qualify for the lower CRA corporate tax rates. In most provinces, you’ll file just the one form and import the appropriate data from your accounting software. The only exceptions here are Quebec and Alberta where you will have to file a separate tax return to their provincial revenue agency. However, if you’ve got cloud accounting software for business and you use a compatible tax preparation software, that will still be a breeze.

Back to Blog
Our team is waiting to SAVE you money